The Ampersand Project is a Hardie Grant Egmont program dedicated to finding amazing debut authors. They’re about to reopen to submissions so Ampersand editor, Marisa Pintado about what she’s looking for this year. Melissa Keil, the first writer signed up through the Ampersand Project. Her debut novel, Life in Outer Space, will be published in February 2013. Keep in touch with Melissa on Facebook, Twitter and her website. I’ll also being talking to Melissa about her experience on YAtopia (post goes live midnight 29 October U.S. E.S.T)
Sharon: What sparked the Ampersand Project?
Marisa: Since the beginning, the Ampersand Project has been about finding YA writers who are ready to become authors. Hardie Grant Egmont is passionate about launching new writers into the market, and so we decided to reserve a corner of our YA list for publishing debut novels. Perhaps we should have called it the First Book Project, but in the end we decided to call it Ampersand: we wanted to tap into the wonderful YA community, and make it clear that we were looking to work with authors to bring more diversity to the YA market.
There was originally a second reason behind the Ampersand Project, in that we also wanted to find more real-world, contemporary YA. A few years ago, there was a glut of paranormal romance and gritty dystopian fiction in the market. This went beyond mere trends, as far as we were concerned – there was simply very little available for readers who were into other kinds of fiction.
That glut feels like less of an issue these days – the market seems to have stabilised, and HGE’s YA list will be producing plenty of exciting real-world fiction in 2013. So as a result, in 2012 we’ve decided to open up the Ampersand Project to all YA genres. This means that we want to read everything from fantasy to mystery to romance to contemporary drama to horror. If your manuscript is brilliant, we want it!
Sharon: Tell us a bit about the short-listing process you went through.
Marisa: My colleagues and I weren’t prepared to receive as many submissions as we did, so the judging process took a long time. Our method was to sit around a big table for hours at a time, with an endless supply of coffee, and read through the submissions together. We sorted them into three piles as we read: ‘unfortunately not’, ‘maybe’ and ‘ooooh!’ piles. The ‘maybe’ pile was the largest, and these submissions were read and discussed by at least two editors before either being rejected, or vying for a place in our very small shortlist.
It’s worth noting that this process took a long time because the editors were maintaining full workloads during the reading; we all work full-time, and usually read manuscripts on weekends and in the evenings. The Ampersand Project reading was done on top of this, but we felt that it was an important and valuable part of our publishing program, so we kept working until it was done.
We gradually compiled a list of about thirty manuscripts that we felt were promising enough for the editors to then spend one or two hours giving feedback on them. Our hope was that these writers would re-submit their revised manuscripts after working through our feedback. And of course we found one truly amazing manuscript – Melissa’s Keil’s Life in Outer Space – that we fell in love with instantly.

Sharon: What were some common writer mistakes you saw in the Ampersand submissions?
Marisa: Most commonly, I saw manuscripts where either the concept or the execution was great, but not both – in other words, the ideas would be appealing but the writing was ho-hum, or vice-versa. Occasionally one or the other being good was enough to move a manuscript into our shortlist, but on the whole it was simply evidence that the writer was still too green to be published.
That was actually a key criteria as we read through the Ampersand submissions. We were looking for a sense that a writer had the self-confidence, skill and resilience to withstand the trauma and rigours of an editorial relationship. Being edited is a wonderful experience, but it can also break you – a writer needs to be sure enough in themselves and their abilities before someone can pull their work apart with the aim of making it better. Too often, we saw manuscripts that were still lacking in development on the writers’ part, which said to us that it was too early in their career for editorial intervention. Editors can help writers improve any grade of writing, but for a truly collaborative and meaningful relationship to blossom, there must be already be significant skill and investment made on the writers’ part.
Sharon: What made submissions shine out from the crowd in the slush?
Marisa: Submissions shone because they combined a multitude of appealing elements, such as a beguiling voice, intriguing concepts, skilful writing, well-developed characters, an authentic teen-feel, an understanding of classic story design, and so on. It was rare to find these elements all in the one manuscript, but many writers came close.
What I really loved to see was evidence of hard work in the writing; I could tell when writers were sending in their first draft, and when they’d laboured over a story for months or even years, painstakingly threading through subplots and re-writing chapters and refining characters and so on. 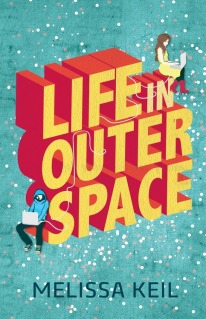 Sharon: Tell us a bit about your first Ampersand author Melissa Keil’s novel and how she came to be the first acquisition?
Marisa: Life in Outer Space really took us by surprise. I must admit that when we launched the Ampersand Project, we’d expected to go for gritty, boundary-pushing fiction – essentially sex, drugs and rock’n’roll, with some cutting on the side. And then Melissa’s manuscript landed on my desk, and it was like having a warm bath in the sunshine. She’d written this gorgeously geeky romantic comedy that shredded a stack of awful YA clichés and pop-culture tropes, and it was just an incredible achievement.
At first we wanted to wait until we’d finished reading all the Ampersand submissions before signing Melissa up. I’m not ashamed to say that this decision lasted about two days, and then we caved and signed her up so that we could launch into the editorial process. We knew we didn’t want to let her go, and we were prepared to have more than one Ampersand author in a year, if it came to that. She’s an amazing talent, and we could tell that she’d been working really hard for a very long time. She was absolutely ready to enter the YA scene as a fully fledged author.
I’m so looking forward to introducing her to readers in March 2013. I’ve read Life in Outer Space about ten times now (we’re at copyedit stage), and it has made me cry with happiness. Every. Single. Time. I just love her writing.
Sharon: What are you hoping to find in the next round of submissions?
Marisa: As we’re opening up to all genres across YA, I’m really keeping an open mind. My reading tastes are pretty broad, so I want to be surprised! I’m hoping to find raw talent in writers who are hungry for development, and stories that I have to stay up late to finish because I’m so desperate to see how it all turns out.
This year we’ve changed our guidelines to accept full manuscripts only. We initially wanted to encourage writers who were just starting out, and potentially give them feedback on their early work – but when we were overwhelmed with submissions, we realised that it was important to focus the Ampersand Project on writers who were actually ready to become authors. Writers who were ready to publish their debut novels! A huge part of a writer’s commitment to their craft is about finishing and polishing a draft, so the editorial team felt that full manuscripts were important. 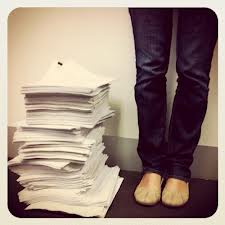 Everything you need to know if you want to submit (from Hardie Grant Egmont Website):

The Ampersand Project runs annually in spring/summer. This year, submissions will open on Thursday 1st November 2012, and close at midnight on Thursday 31st January 2013. We’re looking for YA manuscripts from unpublished writers across all genres. Please refer below for guidelines.

Submission guidelines
The Ampersand Project is now open to YA manuscripts across all genres and word-counts. Manuscripts can be any length, though 50–80,000 words is a good fit for the YA market.
To be eligible for the Ampersand Project, writers should not have already published a YA novel under their own name with a mainstream trade publisher.

Writers should send their submissions to ampersand@hardiegrant.com.au. A complete submission must contain the following three items:

1. Your cover sheet, with the following information:

2. A one-page synopsis, that gives a clear indication of plot and character development.

3. Your full manuscript, formatted as follows: