NA is here to stay and genre NA is fast rising in popularity. So here’s a cover reveal for the sequel for a hot genre NA featuring Norse Mythology.

Sometimes, finding your destiny means doing the exact opposite of
what The Fates have planned.

Winning the heart of an immortal assassin was a dream come true for Kristia
Tostenson. Now she’s knee deep in wedding plans, goddess lessons, and stolen
kisses. But her decision to become immortal could end in heartbreak — not only
for Kristia, but for the god who loves her. Because while Ull would do anything
to protect his bride, even the God of Winter is powerless against the Norse
apocalypse. Ragnarok is coming. And the gods aren’t even close to ready. 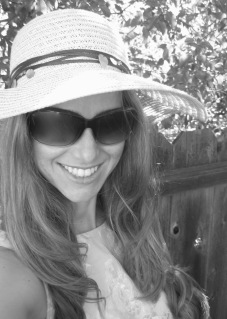 Before finding domestic bliss in
suburbia, ST Bende lived in Manhattan Beach (became overly fond of Peet’s
Coffee) and Europe… where she became overly fond of the musical Cats. Her love
of Scandinavian culture and a very patient Norwegian teacher inspired the
ELSKER series. She hopes her characters make you smile and that one day
pastries will be considered a health food.
You can follow ST Bende on Twitter @stbende, or send an e-mail to
stbende@gmail.com.
Author social
media links
Blog: http://stbende.blogspot.com/
Goodreads: http://www.goodreads.com/stbende
Twitter: https://twitter.com/stbende or @stbende
Pinterest: http://pinterest.com/stbende/

by ST Bende
Book I of The Elsker Saga
Release Date: April 22, 2013
Length: 61,000 words
Publisher: Entranced
Publishing, Blush
Genre: New Adult
Paranormal Romance
Blurb:
Kristia Tostenson
prefers Earl Grey to Grey Goose and book clubs to nightclubs, but when she
transfers from her one-stoplight town to Cardiff University in Wales she falls
in love with Ull Myhr. Her new boyfriend isn’t exactly what she was expecting.
He’s an honest-to-goodness Norse God — an immortal assassin fated to die at
Ragnarok, the battle destined to destroy Asgard and Earth. Kristia’s crazy
visions are the only thing that can save their realms.
Her orderly life just got
very messy.
Book trailer: http://www.youtube.com/watch?v=8MaJIgkk-CI
Buy Links:
Kobo: http://www.kobobooks.com/ebook/Elsker/book-h7Bk69_5n06_14jqUhk-Cg/page1.html?s=MDjO03uxek-K4vwciTWJxA&r=1
Amazon:
http://www.amazon.com/Elsker-The-Saga-ebook/dp/B00CGL33S2/ref=sr_1_1?ie=UTF8&qid=1366782935&sr=8-1&keywords=elsker
Barnes & Noble:
http://www.barnesandnoble.com/w/elsker-st-bende/1115161284?ean=2940016665375
Entranced: http://www.entrancedpublishing.com/imprints/blush/elsker/