Four days until Sleeper cover reveal so I thought I needed some Literary LOL Cats to distract me. Today’s theme is – Movie adaptions of books. 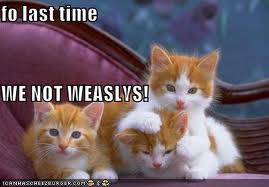 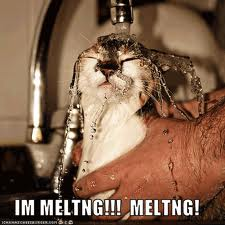 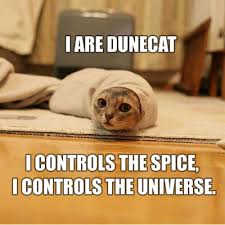 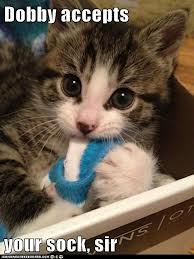 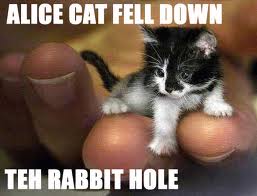 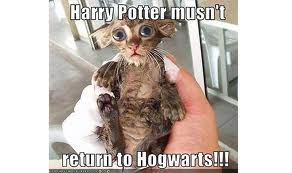 I am so happy fo show you two of the coolest Entranced covers EVER in today’s double cover reveal for Awakenings by Pitch Wars success story J.E Shannon and Adorned by Georgeann Swiger. 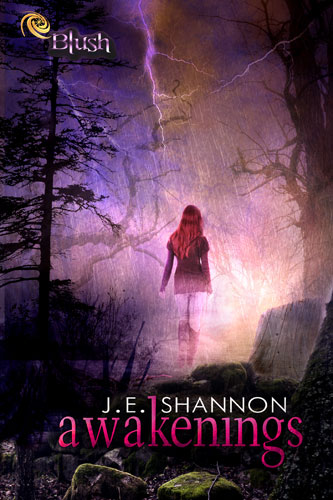 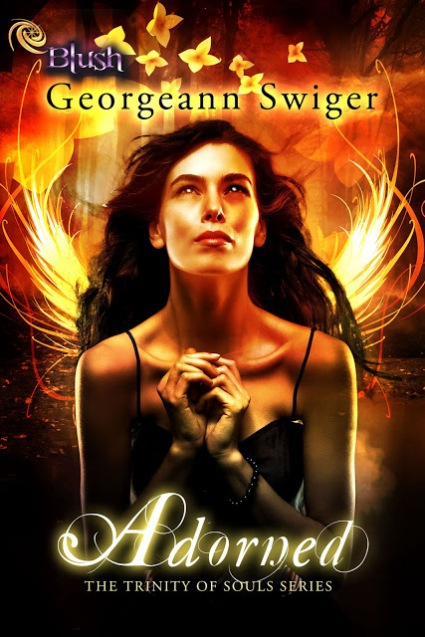 So here’s the deets:


Awakenings will be available August 26!

Evie Shepard’s nightmare begins when she
finds herself buried alive, with no idea how she got that way. As she struggles
to remember what happened to her, she begins to notice changes about herself.
Her senses are heightened, her movements are quicker, she is incredibly
strong….her heartbeat has stopped. It’s then she makes a disturbing
discovery. She wasn’t buried alive. She was murdered. Somehow she has come
back…

And she wants revenge.

J. E. Shannon currently lives in Florida, but is a Missouri
native. She spends most of her time reading, writing, and taking care of her
small child and two crazy dogs.

Adorned will be available November 4!
When seventeen-year-old
Anya finds out she’s actually an angel being trained to protect humanity, she
discovers that becoming an angel has nothing to do with wings and haloes. For
Anya, becoming an angel has to do with death—her death.
Micah, the angelic
soldier ordered to protect her until she transitions from human to angel,
promises her death will be a glorious experience as long as she follows his
rules. But getting Anya through this life and to the next isn’t as simple as
Micah expects. His job becomes even more difficult after he unwittingly
performs a miracle that exposes Anya’s hidden angelic light.
With her secret out,
Hell’s legions begin targeting her. Unfortunately, Hell’s minions are the least
of Micah’s worries. He’s more concerned about the forbidden human emotions he’s
developed toward Anya.  Even more
troubling, is she seems to love him too. And giving in to those feelings, could
mean dire consequences for them both.
About the Author 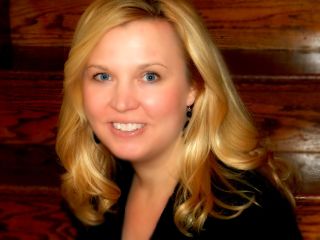 Georgeann Swiger earned her degree in
journalism from West Virginia University, and then spent five years as an
anchor/reporter at WBOY-TV in Clarksburg, WV.
After having children, she left television news to be a stay at home
mom. During that time, she discovered creative writing was more fun than writing
about real life tragedy.  Imagining
interesting characters and having them come to life on the page is now her
passion. When she’s not writing, she works as a substitute teacher.  She lives in Reedsville, West Virginia with
her husband, two kids, a beagle dog and a temperamental cat who tries to rule
the house.
You can find her at her Website as well as on Facebook, Twitter and Pinterest.
So… tell me what you think of these gorgeous covers and the stories!

But it’s one of the hash tags that I believe is used the least effectively. Clumping a large group of people together with a #FF tacked on is hardly going to inspire your followers to start following one of your recommendations. And retweeting a group like that tends to frustrate people as it clogs up @ streams. And if you’re retweeting it to show your followers you have a #FF I would ask why? They’re already following you.

I try to make my #FF tweets meaningful and to justify to my followers why I believe the person I’m tweeting about is worth a follow. I try to minimise how many people I put into a #FF tweet, with the exception of my group blogs as their involvement in the blog is the reason.

So here’s some of my favourites from today: 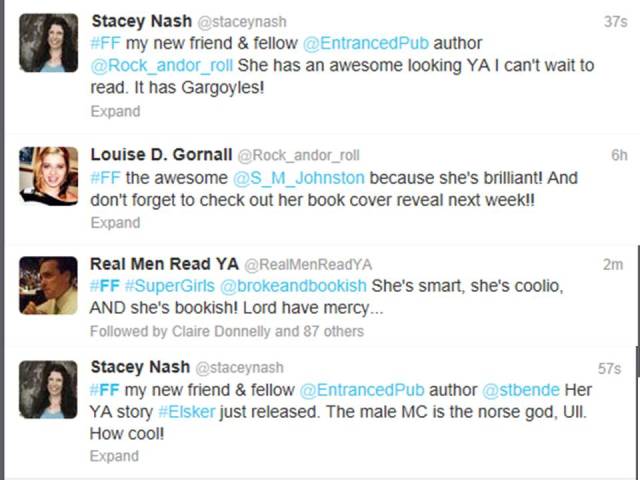 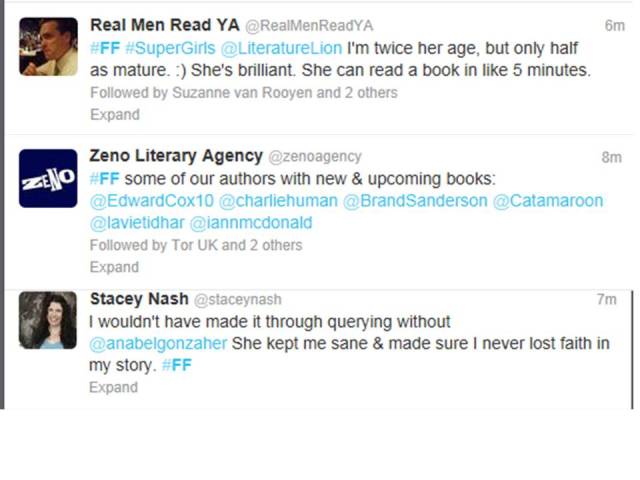 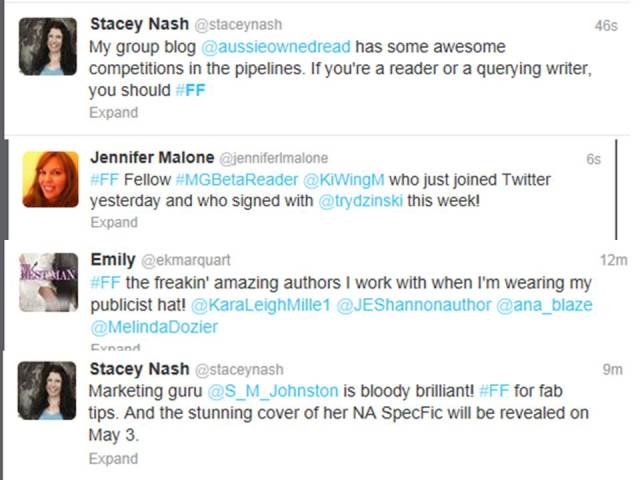 Remember – give your followers a reason why they would find your #FF recommendations interesting and you’re more likely to share the love successfully and possibly get cool #FFs in return.

So what are some of your favourite #FFs that have been about you? And what makes you click on a #FF recommendation?

It’s about a week until my full cover reveal, and I’m so excited. I’m very grateful to all my blogger, twitter, writer and Inkpop friends who have signed up so far. If you haven’t gotten in on the action yet, you can sign up here!

SLEEPER is my debut novel and is a New Adult Speculative Fiction. I’m excited that Entranced publishing has faith that New Adult is more than just sexed up YA contemporary.

After a life saving heart transplant, eighteen-year-old Mishca Richardson is plagued by nightmares and an urgent desire to find her birth parents, which she puts down to post-operation depression. But her new heart seems to bring more than a second chance at life in the form of speed, strength and love at first sight.

Sharon is a writer from Mackay in Queensland, Australia who has short stories published in anthologies and was also runner-up in the Australian Literary Review’s Young Adult short story contest with Karma. By day she is a public relations executive and by night she writes weird fiction and soulful contemporaries while her husband, two sons and cat are fast asleep.

This is just a small part of the gorgeous cover, but hopefully it’ll tempt you to want to see more. A bonus is everyone involved in the cover reveal get to see it early. And you can see for yourself why people have been so blown away by it so far. 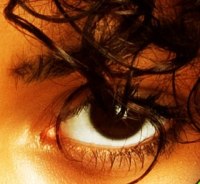 Here’s some things about the cover:
So if you have a blog or a Tumblr then you can sign up to be part of the reveal, and if you’ve got Twitter or Facebook then you can share the reveal post on Friday, May 3. 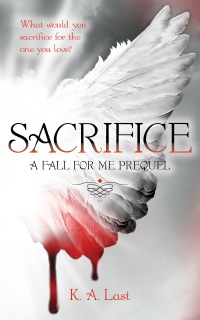 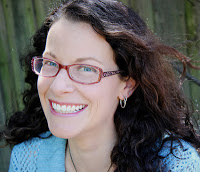 Sacrifice – A Fall For Me Prequel by K.A. Last

Seth’s heart is breaking. He knows his decision will hurt the one person he keeps breathing for, but he can’t take it anymore. He can’t be near Grace knowing she will always be just out of reach.

Grace is oblivious to Seth’s turmoil. She loves him unconditionally, but not in the way he wants. They both know that in Heaven physical love is forbidden, and to break the rules is to defy everything they’ve ever been taught.

When Grace and Seth are sent on a mission to save a young mother and her unborn child, Grace must face the fact that Seth won’t be returning home. She doesn’t understand Seth’s decision and hates him for it. But what neither of them realise is how big a part that single decision will play in shaping their entire future.

What would you sacrifice for the one you love?

Add SACRIIFICE on Goodreads and Book 1: Fall for Me 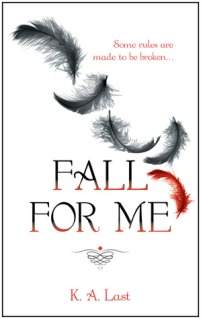 AUTHOR BIO
K. A. Last was born in Subiaco, Western Australia, and moved to Sydney with her parents and older brother when she was eight. Artistic and creative by nature, she studied Graphic Design and graduated with an Advanced Diploma. After marrying her high school sweetheart, she concentrated on her career before settling into family life. Blessed with a vivid imagination, she began writing to let off creative steam, and fell in love with it. She now resides in a peaceful leafy suburb north of Sydney with her husband, their two children and a rabbit named Twitch. 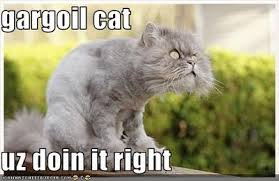 THAT’S RIGHT! THIS BOOK HAS GARGOYLES! SQUEE!!
IN
STONE will be available July 29! 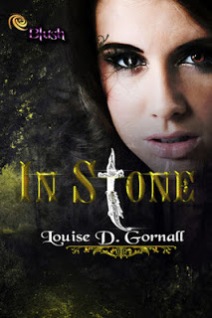 Beau Baily is suffering from a post break-up meltdown when she happens across a knife in her local park and takes it home. Less than a week later the new boy in school has her trapped in an alley; he’s sprouted horns and is going to kill boy unless she hands over the knife.

Until Eighteenth Century gargoyle, Jack shows up and saves her.

Jack has woken from a century long slumber to tell Beau that she’s accidentally been drafted into a power struggle between two immortal races: Demons and Gargoyles. The knife she picked up is the only one in existence capable of killing immortals and they’ll tear the world apart to get it back. To draw the warring immortals away from her home, Beau decides go with Jack to Bulgaria in search of the mind-bending realm known as the Underworld, a place where they’ll hopefully be able to destroy the knife and prevent all hell from breaking loose. That is providing they can outrun the demons that are chasing them. . 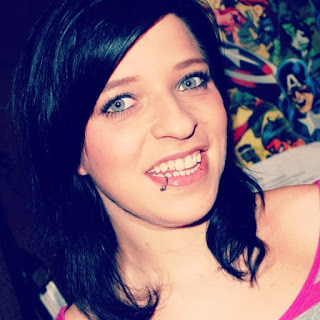 Louise is a graduate of Garstang Community Academy, currently studying for a BA (Hons) in English language and literature with special emphasis on creative writing. YA aficionado. Brit bird. Film Nerd. Identical twin. Junk Food enthusiast. Rumoured Pink Power Ranger. Zombie apocalypse survivor. Avid collector of book boyfriends.
You can find Louise on her Blog, on Twitter and on Facebook where she’s anything but as still as a stone gargoyle.

To celebrate her upcoming
release, Louise is giving away an ecopy of IN STONE and a Kindle Fire to one
lucky reader! One runner-up will also win an ecopy of IN STONE. UK and US
residents are eligible to win the Kindle Fire. If you live outside the UK or US
and your name is drawn, you will receive an Amazon gift card valued at £160
(GBP) instead. The winners will be announced July 29. Good luck!
a Rafflecopter giveaway 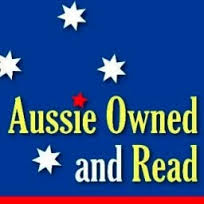 I’ll be hosting a poll on Aussie Owned and Read for the best YA cover on April 25. As it’s ANZAC

day I’ll be doing an Australian specific poll as well as an international poll.

Simply fill out this form to nominate a cover. Remember to include a link for me to the graphic so I know I’m getting the right version.

Anyone can nominate! So get cracking!

Most of my Twitter and Facebook friends already know this, but my New Adult Speculative Fiction SLEEPER is being published by Entranced Publishing in December 2013.

The announcement came during Pitch Madness so I couldn’t blog about it. But I making up for lot time now.

So I actually got the offer in January, but because I had multiple submissions I had to wait for them all to come back and then work out what I was doing.

I had queried Eden Plantz specifically as her wish list at the time fitted my story. Naturally, I started stalking her on Twitter. I saw a tweet that read she was going to make an author very happy, but her internet was down. Of course I thought there was no way it would be me as I’d not long sent in my submission. The next day I sent out a new lot of queries and literally minutes after I had I had an email for Eden making an offer.

Then a little bit of this:

And some of this:

So then there was a waiting game as those queries I’d just sent off resulted in swiftly requests for fulls as well. So it ended up being a couple of months between the offer and me being able to sign and announce it.

After Eden had offered, a very persistent Ashley Christman insisted that I was perfect for their Marketing Director Role so now I’m on both sides of the publishing world.

I’m loving the close knit family feel of Entranced and I can’t wait to get into edits with my editor.

I want to thank everyone who supported me, especially the Sommies – you guys rock.