When I was a kid I had an imaginary friend. Well, actually I had a lot of them – I was that sort of child. But one of them I remember better than most. His name was Sir Galahad, and he was one of King Arthur’s knights. He was brave and noble, chivalrous and kind, and he helped me fight dragons.


Why am I sharing this embarrassing story? I suppose to highlight the fact that I always knew that one day I would write a story about King Arthur. It was inevitable. I suppose the major question is why.


When I talk to people about my book a lot of them ask what my thoughts on the legends are, whether I think there’s any truth in them.


It’s a tricky question to answer. I’d love to say yes. Wouldn’t it be amazing if he’d been real? But the historians answer is no. The legend of King Arthur is an amalgamation of a hundred different myths and legends and real people.


But I like to believe there is some fragment of truth behind the legend.


The fact is, however, the legend is eternal. From Geoffrey of Monmouth in the 12th century, to Thomas Malory in the 15th, to the BBC in the 21st, the stories of King Arthur keep being re-written. And I honestly believe that in another few hundred years people will still be telling stories about the Once and Future King. It is a myth that will never die.


Why? Well I can only tell you what I think – others might disagree.


For me the Arthurian legends are eternal because they call to something in us. They give life to an ideal – where the people in power care only about righteousness and justice. A world where any man could rise to greatness – no matter his background – as long as he proved himself. The very concept of the Round Table is breathtaking.


But it is also the pure romanticism of it. It is a legend of heroic good deeds, bravery beyond compare, and true love. Yes, it’s violent in a way, but it’s also beautiful.


Of course, the fact that there are so many stories already told about the legends makes it hard for a writer like me to come along and write something original.


The research involved was pretty extensive. I spent a lot of time reading a whole range of different takes on the myths – and every one is a little different.


But in the end, when it came down to it, I created my own version of the legend. I borrow from a hundred different myths and local histories (particularly a lot of the Welsh myths and legends), pulling together the bits I liked and discarding what I didn’t want to use.


Take the story of Lancelot and Guinevere for example. I took the bits I wanted, the bits I liked, and used them to create a whole new story. A different, fresh take on one of the oldest love stories. Or at least, I hope it’s fresh and different. It definitely won’t be quite the story you’re expecting.


But it wasn’t just the legends of King Arthur I used – it was bit of local folklore – myths about fairies and fairy circles, about the Fair Folk and Avalon.


What’s come out of it at the end will be up to you to decide.


All I know is that I come from a country with a breathtaking history and an even more breathtaking mythology, and I was always going to write about it one day. THE LAST KNIGHT is my tribute to that mythology.

About The Last Knight 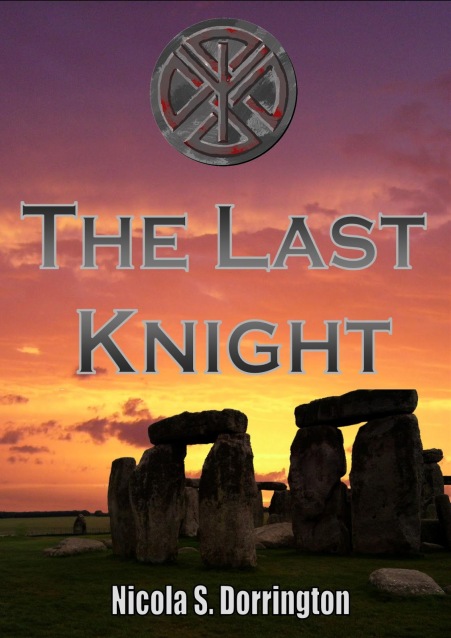 Seventeen-year-old Cara Page Knows what mark she’s going to get on her English test next week. She knows in three days her history teacher is going to be late because his car broke down. She knows she’s going to give the new boy a nose bleed on his first day.


She knows because every night she dreams of the future, and every day those dreams come true.


Now she’s dreaming of a boy, and a future that can’t be real. Because if it is, then everything she thought was myth and legend is actually true, and there is an evil coming that will tear the country apart.


Lance Filwer is a boy with secrets of his own, and a past full of mistakes he can’t undo. Cara is his second chance, his chance to succeed where he failed before – if only she’ll trust him enough to let him help her.


Cara needs to know what’s happening, but the answer lies in a long forgotten past, and an ancient legend. To find it Cara will have to travel into the depths of Wales, and the heart of ancient Britain.


Her only hope is Lance, and the birth right she must claim, if she is to prevent the future she has foreseen.

You can buy THE LAST KNIGHT on Amazon.

You can add THE LAST KNIGHT to Goodreads.

Nicola S. Dorrington is a 29 year-old writer from England, currently living in the Cayman Islands,

where she procrastinates by staring at the ocean. THE LAST KNIGHT is her first novel, set in a wet and mythical version of the country she left behind. She fully expects to one day be a crazy old cat lady – only with dogs.

You can find out more about Nicola on her blog, on Facebook and on Twitter at @NSDorrington.

Today I have Connie Dowell visiting with a guest post on how sketching can help your writing.

One of the great maxims of sketching is “Draw what you see, even if it doesn’t look right.” If you draw what you think the shape should be, contradicting reality, you come up with something that looks more like a child’s drawing with prescribed shapes for objects. You end up drawing symbols for the thing that’s there. The literary equivalent of this error is a cliché. There are many forms of cliché, but while we’re thinking visually, let’s look at how to avoid clichés in character descriptions.
How many times have you seen, really seen in real life, an aquiline nose? Fortunately, this cliché has mostly retired along with hoop skirts and corsets, but there’s plenty of modern offenders. How about a button nose? Can you really picture that, or is it just a stock effect? What about a bulbous nose? Getting better, but to really make description shine, write what you see. Yes, I’m telling you to spy on people at the coffee shop and describe their noses, but only on paper.
Example: “His nose, oblong and orange as a sweet potato*, honked into the handkerchief.”
Now you don’t know the width of each nostril or anything, but you probably have a good mental picture of this guy’s nose. And there’s the potential for a running gag. What if there was a character whose physical description was built—gradually throughout the piece—entirely of vegetable references?
There’s one caveat for this method, though: Just as every object is in focus in a picture, not every character gets detailed physical description and no character should have too much weirdness to his or her appearance. Some people just have noses. But when you’re writing in a public place and a little at a loss for inspiration, look around at noses and hands and anything else and do a little writer sketching.
* Substitute yam if that sounds better in your dialect.

Bio:
Connie B. Dowell tutors and is assistant director at a university writing center. She writes for the full age-range of children’s literature, from picture books through YA. Connie puts her tutoring skills to work for fellow fiction writers through her editorial services. She lives in Virginia with her husband and an overly clingy cat. Find her online at www.bookechoes.com.

These may seem pretty basic to a lot of you, but I have seen some self-published and small press authors who aren’t aware, so I thought I’d share.

1) Links – link to everything you can including:

2) An entertaining post – sounds simple, but you multiple of these across the whole blog tour. Vary them up and brainstorm with your friends. Some good ones to consider include:

3) A book blurb and cover pic – no eye rolling, I’ve seen this missed. The blog tour is trying to sell your book so they need to know what it’s about. 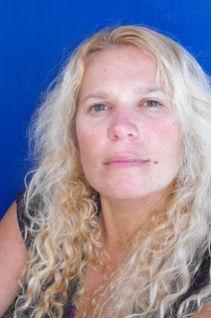 4) Author bio and picture – again, sounds basic, but it’s been missed before. Write it in the third person and sell yourself. Consider getting a professional photo taken, unless you rock at selfies like I do (that’s out on my back veranda) —>

5) Call to action – you should always look to direct people to “do something” like buy your book, add your book on Goodreads or follow you on Twitter. This counts double if you’re having a giveaway (and it is best to include a giveaway for your tour).

6) Buy links – yes I’m repeating this and that’s because it’s SO important. If you don’t have buy links then you are missing out of impulse buys.

*If you don’t have any of the first four links then you should seriously consider starting them up, but only if your committed to the upkeep requirements.

**It’s best not to start the blog tour until the day your book is released if there’s no pre-order option.

If in doubt, there are lots of book PR services companies/blog tour operators around who you can hire to schedule and assist with your blog tour for reasonable prices.

Done a blog tour before? I’d love for you to share your top tips for a successful blog tour.